Setting:  The Arborage estate in England, Sweden, and Venice, Italy

Plot:  The Marchioness is the third book in the Lord & Master trilogy and, as such, it ties up a lot of plot points that began in the first two books. Luna and Stefan have been through a lot to get to where they are; they have certainly hurt one another deeply, but those wounds have healed and, now affianced to one another, they are planning their future. But some of the threats from the past are still lingering – mainly one in the form a vicious Russian who has his eye set on Arborage and seems willing to do whatever it may take to get his way. Each player in this dangerous game makes his move carefully and strategically; until one of them raises the stakes far too high and both Luna and Stefan’s lives are in danger. Luna, challenging the traditional and patriarchal roles of provider and protector, acts to put an end to the whole game, not realizing that, by doing so, she may lose the thing that matters most to her: Stefan.

Predictability:  Moderate. While the Lord & Master trilogy is anything but a typical romance novel, there are some elements that are consistent with that genre. As a result, some of the plot points are easy to spot – others are a little more of a surprise.

Wild Card:  The Marchioness brings a satisfying conclusion to Kait Jagger’s trilogy. Luna and Stefan certainly share an intense and tumultuous relationship; they have changed one another and themselves along the way and we, as readers, get to be a part of that journey. That journey is sometimes painful and difficult to experience but is also beautiful and powerful. While I would never wish for the danger and emotional peaks and valleys, I can certainly feel jealous of the deep love and connection the characters share; it’s not something that comes along every day, certainly! I appreciate the fullness of the story – Stefan and Luna each have rich and complex lives on their own and Kait Jagger explores each in this book and the trilogy on the whole. They are both strong, smart, and savvy in their professions – more than one-dimensional characters who only exist to be one-half of a whole.

I am curious, however, why The PA introduced toward the end of the book is never given a name!

All told, I really enjoyed this series. It is written with a clever and complicated story arc in mind that easily fills each of the books with detailed scenes and story lines.

Enter to win a e-copy of the trilogy!

Finally, Luna Gregory is exactly where she belongs: at Stefan Lundgren’s side. With the turmoil of the past behind them and their love for each other stronger than ever, the future looks bright – and busy, now that Stefan has assumed the mantle of Marquess of Lionsbridge and Luna is managing his ancestral home on the Arborage Estate. Facing these challenges together, everything Luna has always wanted seems to be within her grasp. A home, a place in the world…and Stefan, the man she knows better than anyone on earth, who sees through to the heart of her and can reduce her to trembling need with a word, a touch.

But their love is about to be tested by a ruthless new enemy, one who will stop at nothing to acquire Arborage. Even as danger and violence spiral around Luna and Stefan, Luna’s past is catching up to her – the dark truth of what she is, what she’s capable of. Soon she’ll have to decide how far she’ll go to protect what she loves, whether she’s prepared to risk losing it all. 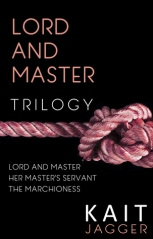 The final searing installment in the Lord and Master Trilogy.

The Lord and Master Trilogy 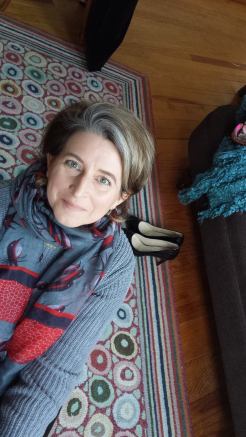 Kait Jagger lives on a farm in Lancashire, England with her husband, four children, one dog and one cat. Like Luna Gregory, the lead character in the Lord and Master Trilogy, Kait makes her living as PA.