Where Do I Get My Story Ideas?

It’s the most common question I’m asked and it’s totally understandable. As I read other authors’ works, I always think “how did they come up with 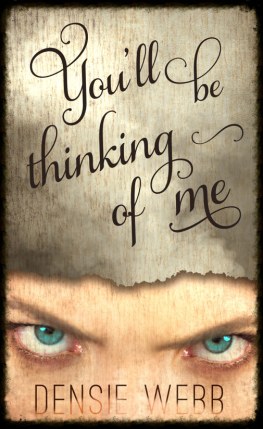 that?” My novel, “You’ll Be Thinking of Me,” came from my obsession with popular culture. At the heart of the story is an obsessed celebrity stalker. I may not be a part of Generation Z or even Generation X. In fact, I’m mom to a couple of Generation Zs. But I enjoy knowing what’s going on in their world. I may not watch the Kardashians, but my daughter does and I’ve caught snippets—enough to know the 3D’s involved (drama, divorce, drugs). I don’t watch Sunny in Philadelphia, but my son does, and I get the gist of how that’s a reflection of his generation’s sense of humor.

My debut novel, “You’ll Be Thinking of Me,” is a romantic suspense story in which the two main characters are 24 and 27. I‘m currently working on two new books and the characters range in age from 17 to 39. I’m not in their social groups, use the same slang, wear the same clothes or hang at the same clubs. I don’t do Vine or SnapChat or Tumblr. Hell, I don’t even do Instagram. Yet, I seem to be able to pull it off, having fooled twentysomethings in my writing groups with the language.  But I do watch a lot of the same movies, read many of the same books and listen to a lot of the same music. I’m not just making an effort to stay relevant. I honestly find it entertaining and fascinating. Being young is one of the most interesting and constantly changing times in our lives. That’s makes it fodder for a good book.

The idea for my novel came from an interview I was watching of a young celebrity. (I read Entertainment Weekly and watch interviews online.) He was a hot commodity at the time, followed by throngs of screaming girls and women. An interviewer asked him where he thought things would go from there and he laughed and said, “Well, someone could jump out from the crowd and easily stab me.” Or something to that effect. That single answer planted the seed for the story idea that grew into a novel about a young celebrity being forced to deal with a deluded stalker.

I might eventually write to my age, but right now I have a million stories in my head of what it’s like to be young and making life-altering decisions. And story ideas are everywhere. You just have to pay attention—an overheard conversation while waiting in line at Starbucks, a drama playing out in a doctor’s waiting room, the headlines in the local news. Or a single quote from a celebrity interview. Any of these can plant the seed for a captivating story.

Densie Webb has spent a long career as a freelance nonfiction writer and editor, specializing in health and nutrition, and has published several books and tons of articles on the topic over the years. She is a member of the Women’s Fiction Writers Association and SheWrites. Soul Mate Publishing is releasing her debut novel titled, “You’ll Be Thinking of Me,” as an ebook. A paperback will be released later this year. She grew up in Louisiana, spent 13 years in New York, and settled in Austin, TX, where it’s summer nine months out of the year.  She is an avid walker (not of the dead variety, though she loves anything to do with zombies, vampires or post-apocalyptic worlds), drinks too much coffee and has a small “devil dog” that keeps her on her toes. She has arrested development in musical tastes and her two children provide her with musical recommendations on a regular basis.