I read in silence. I write with music.

For me, reading is a total act. I shut out my own world, to enter the new one presented in the story. Words on a page become sight, sound, taste, touch, and smell.  So anything outside of this experience can do nothing for me, because I already have everything I need for the journey. Music will fade into the background, like all the rest.

Writing is different. As an author, I must create a world from nothing. To do this requires imagination, and extensive experience with the real world in its many moving parts. Original idea’s usually come to me on long walks, or jogs, or hikes, born from my wonderings about philosophy, culture, and life in general. At times, I will get idea explosions, where notes for whole sections of plot come into being organically without effort. Yet this is only the scaffolding for the rest. To construct an actual story, with sentences and paragraphs and chapters that all build together towards a suitable climax, requires something else.

Setting. Not the setting of the book, but the setting in which I am to write. I need a place quiet, and out of the way. Privacy, so I can get up and walk around unencumbered, to stretch, in between difficult sections. And, most importantly of all… 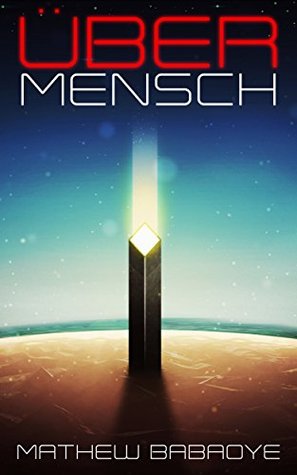 The first chapter for my first novel, Ubermensch, sat on the shelf for years gathering dust. It was a story I was interested in as a reader, AND as a writer. A story of posthumanity, and the potential future of a largely unregulated world on the road to it. Afflicted with writers block, I tried anything to push on. Watching science fiction movies, television shows, reading science fiction books, and even joining a writers circle.

But for some reason, in depression at my lack of progress, I finally turned to music. Electronic, synthetic, evoking the world I was creating through song.

I began writing regularly, every day, and within half a year the pre-writing draft was done. An extraordinary pace, considering my historical writing speed.

A soundtrack, for the world I was creating. It put me in the mood, then kept me there, as I spun out the story, extrapolating character actions, re-actions, and the narrative arc. Provided the beat for action. Evoked similar feelings to those I was attempting to elicit in intimate exchanges.

All largely instrumental, I must note. Music with heavy vocals can still prove distracting.

For every one of the first books I have written (each story a different genre, about different characters in different worlds), there is a band, or bands, and a series of albums which will always be associated with it in my mind. For Ubermensch there are three main albums which provided the soundtrack for my writing – Interloper, by Carbon Based Lifeforms; Journey, by Timecop1983; and Another Eternity, by Purity Ring. One, or more, fit almost note for note with the plot entire.

We often labor under assumptions. Actually, it might be more fair to say we always do. It might be impossible to live without them, considering the way the human brain works. But sometimes comfortable assumptions for one thing can be a hindrance for another. Sometimes you just need a distraction, or a change of pace, or a shock. 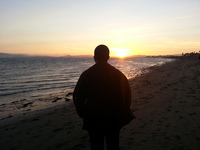 When it comes to writing, music is what keeps my fingers typing. Music is what centers me. And music is what inspires me in the background, as I create worlds in the foreground.

Give it a shot. Maybe it will work for you too.