They say that every story has already been told so it’s up to the author to make it fresh—whoever they are. However, I do agree with them. I’m a mystery author. How many plots could there be in this genre? Of course now we have all of these subgenres to contend with as well, but how many ways can someone be murdered, a bank be robbed, or a country be spied upon?

When you think about it, most of the crimes we find in mysteries are the same; however, commission of these crimes and the methods of solving them have changed. With technology, there have been newer ways to steal, spy, and yes, murder.

In all writing, authors try to do something a little different. Something to 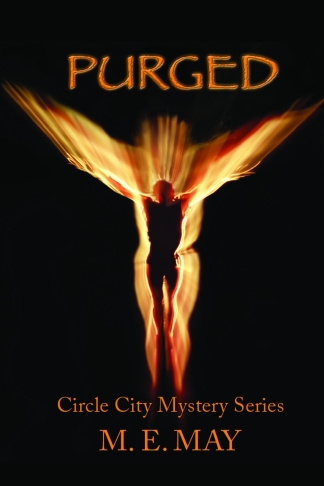 keep the reader intrigued and to make them feel like they aren’t reading the same old thing. My attempt at this was to create a series in which each novel could stand alone and which has a different main character. I accomplished this by using the police department as my main character. I know that sounds crazy, but it works. The common thread that makes it a series is the relationships between the officers whether personal or professional. When I write about a different type of case, I need a different lead detective. Readers have embraced this wholeheartedly, so I’m pretty sure I’m on the right track.
I wrote the Circle City Mystery Series, because human behavior has always fascinated me. This is the primary reason I attended Indiana University as a Social and Behavioral Science major. In my formative years, I watched a president assassinated, a peaceful reverend gunned down, and a mad man convince young men and women to kill for him. I needed to know why. Did I get my answers? Not in the manner you might expect.

Through the years, I found that becoming a psychotherapist wasn’t really my forte. However, I continued to read true crime, watch shows on true crime, and study human behavior. Finally, I had to simply except that some people have a different reality than I do. This is how I was able to wrap my head around writing the serial killer in Purged (book 4 of the series).

Purged involves a religious zealot who was convinced by the abusive grandmother who raised him that God was seeking to purge the earth from sin. He moves into a new reality to please her by becoming God’s avenging angel.

Purged stars Indianapolis Homicide Detective, Chennelle Kendall. Her assignment as lead detective on a case involving the brutal torture and murder of a young woman has thrust her into the mad world of this avenging angel. Chennelle soon discovers this woman was part of a group of Wiccans who are often seen as witches. Although they have rituals and do spells, they would never use it to harm another living thing. Their primary focus is on the love of nature.

Unfortunately, our avenging angel doesn’t see it that way and continues on his rampage. In this novel, we will not only see Chennelle’s struggle with her own beliefs, but will discover how what we tell our children and how we treat them truly affects their psyche.

So, fellow mystery authors never fear. Although the standard the motives to commit crimes—greed, jealousy, power, and an alternative reality have been around for nearly six thousand years of recorded history, our world will continue to change just enough to give you new challenges in writing. 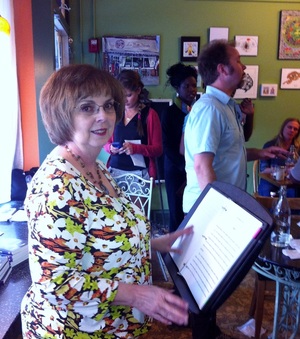 Michele (M.E.) May attended Indiana University in Kokomo, Indiana, studying Social and Behavioral Sciences. Her interest in the psychology of humans sparked the curiosity to ask why they commit such heinous acts upon one another. Other interests in such areas as criminology and forensics have moved her to put her vast imagination to work writing crime fiction that is as accurate as possible. In doing so, she depicts societal struggles that pit those who understand humanity with those who are lost in a strange and dangerous world of their own making. In creating the Circle City Mystery Series, she brings to life fictional characters who work diligently to bring justice to victims of crime in the city of Indianapolis. Michele also hopes her readers will witness through her eyes, the wonderful city she calls her hometown.