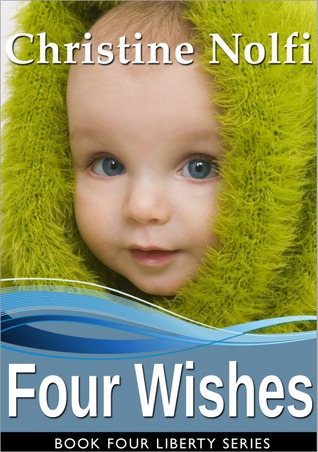 I see a lot of myself in Meade Williams. A single woman, never married, focused on her work, her family, and her small group of friends. She’s no longer in her twenties and has left her thirties behind, as well. It isn’t that Meade has forsaken love and romance for fear of rejection or to heal the wounds of lost love, but rather she has chosen to care for her father – who has never been the same since her mother’s death – instead of focusing on herself and her heart.

At first, so many characters in Four Wishes seemed to me to be so . . . mean to Meade. I felt protective of her; defensive for her. As the story unfolded, I almost felt a sense of vindication when Hector (especially) discovered the softness and vulnerability Meade has hidden under a shell of detached professionalism. In my eyes, Meade – more than any other character – was deserving of love, attention, and tenderness. She so deserves Hector, and his courtship of her won my heart along with Meade’s.

I know the story of Four Wishes is about more than Meade, but she shone in my eyes and stole the story away from the others on the character canvas. Author Christine Nolfi is a stand-out among today’s authors, writing with a more formal voice than others of her genre. Not to mention winning the award for creative character names! It took me a chapter or so to acclimate to her style, voice, and tone, but, once I did, I thoroughly enjoyed the writing.

Four Wishes is an emotional, character-driven story of love, family, and friendship. It’s a refreshingly sweet book that I’m glad I had the opportunity to read and review.

I received a copy of Four Wishes from the author in exchanged for a fair and honest review. The free copy has not altered my opinion or influenced my review.