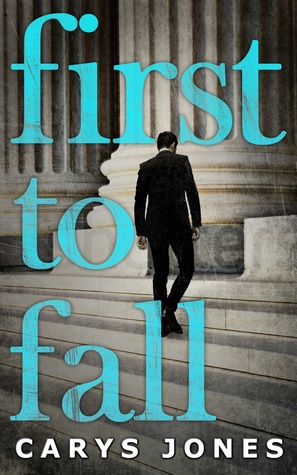 First to Fall is a compelling read in the sense that the narrative flows well and parcels out pieces of the plot at an even and intriguing pace. The trouble comes in feeling that the set pace accelerates through the story. Now, that’s not necessary a problem, per se. It is a crime/legal drama so, as a reader, I do want the tension to build and I do want the anticipation to mount before a dramatic climax or resolution. But there’s something missing here.

First to Fall is the first book in a proposed series set in Avalon . . . um, a small town called Avalon in the Southern United States. The author never tells us what state attorney Aiden, Isla, and Meegan Connelly leave Chicago for. I kept waiting for the info, but didn’t find it. There’s mention of the Dallas Cowboys, so I went with an assumption that the family relocated to Texas. The pace of city life in Chicago had started to overwhelm the growing family and, as much as Isla (Aiden’s wife) would miss the amenities of living in a large city and the friends she had there, the family is agreed that a slower pace would be in all of their best interests.

And yet, while the pace is much slower, the family still faces several problems. Isla feels isolated. She goes from a busy and fulfilling life in Chicago to feeling like nothing more than the proverbial “little woman” in Avalon. She feels isolated in the small town, confined to the four walls of their home with two-year-old Meegan all day while Aiden is at work. Unfortunately, Isla isn’t presented as a character whom I would like. Almost from the beginning, she’s short-tempered and mean-spirited, chiding Aiden for being home late, suspecting him of conducting an affair with a client whom he visits in a women’s prison. However, what author Carys Jones does to very well is to share bits and pieces of the passion and underlying tensions in Aiden and Isla’s relationship and marriage. Slowly, in cleverly crafted scenes and details, she peels away the filter of the present on this family and shows we readers what’s underneath. It’s fascinating and very well done – easily my favorite part of the story.

The storytelling itself is quite good – smooth and interesting. That said, the dialogue feels a little chopping and stiff at times; it sort of jarred me out of a scene occasionally. Many of the characters, too, feel like caricatures – the broad strokes of what “a good man,” or “a small town sheriff” should be, rather than coming to life with features and complexities all their own. Perhaps subsequent books in this series will reveal a more in-depth side to all of the main characters.

I don’t want readers – or the author! – to feel disheartened at a two-and-a-half star rating; it did like the story and I am curious as to what comes next in this series. It simply was different from what I was expecting. The resolution felt somewhat rushed and almost too neatly done. I would love to read more from author Carys Jones and I would really like to see more life and character given to Aiden and Isla.

First to Fall on Goodreads