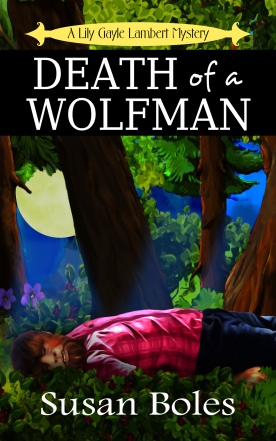 Synopsis
Lily Gayle Lambert is a professional seamstress specializing in period dresses for convention attendees and re-enactment groups along with being an amateur genealogist. And a big pain in the butt to the county sheriff…who just happens to be her cousin.

Quicker than she can stitch together the threads of a genealogy project she’s just signed on to research, Lily Gayle finds herself embroiled in investigating the Halloween night murder of a stranger who suffers from ‘wolfman syndrome’. Before she can even get going good on the first murder a member of a prominent family turns up dead too.

Escaping from a trailer in the woods owned by two good ole boys suspected of being involved and a confrontation with the eldest son of the town’s wealthiest family have Lily Gayle hot on the trail of the killer.

With the help of her lifelong best friend, Dixie, Lily Gayle must find the link between the two and solve the mystery before her investigation makes her the next target. 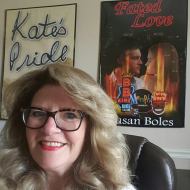 Susan calls McNairy County, TN her home ground even though she has moved away. It was here, at Bethel Springs Junior High School that she began her writing career with two friends. They formed their own little writers group that was so secret they were the only ones who knew it existed. She still has some of the stories they wrote carefully preserved in a loose leaf binder and tucked away for safety.

She has worked in retail management, briefly for the Census Bureau and for many years in the investment/insurance industry in the regulatory compliance arena. All of which are left brain activities. So she exercises her right brain activity with reading and writing…just to keep both sides even.

Reading has been a passion since she was very young. As a toddler, her mother read to her from her ‘baby books’ and her Mother tells a story about her holding one of them upsidedown and ‘reading’ by repeating the story verbatim from memory.

Death of a Wolfman is the first in the Lily Gayle Lambert mystery series. Her previously published romantic suspene novel, Fated Love, is a contemporary paranormal romantic suspense (with a twist of paranormal) set in Memphis, TN. Her first novel, Kate’s Pride, is a historical women’s fiction set in West Tennessee in the aftermath of the Civil War. The novel is loosely based on her own Great Grandmother and published under the pen name Renee Russell.

Life got in the way of writing for many years but now she’s come back to her early love.

Stay in touch for upcoming releases!

Enter the Giveaway!
Click on the image below for your chance to win a tote, and autographed paperback of Death of a Wolfman and a $20 Amazon gift card. 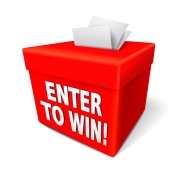 August 18 – Cozy Up With Kathy – INTERVIEW

2 thoughts on “Spotlight: Death of a Wolfman by Susan Boles”