I’m still not quite sure how I feel about The Snow Child. On the one hand, I enjoy the fairy tale woven into historical fiction. On the other hand, there’s also a fair amount of brutality in the story that has left an after taste with me. 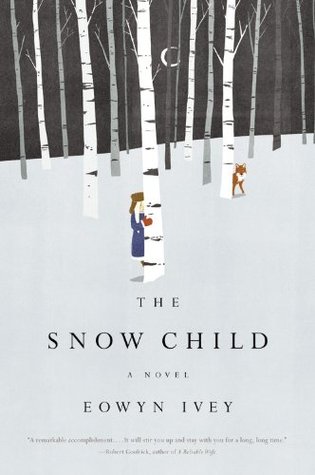 The Snow Child is the story of a couple who head to the Alaskan frontier in the 1920s. Jack and Mabel leave behind their families in New England in order to start again in the wild. Mabel is running from the heartbreaking grief of delivering a stillborn child – and the pan of Jack’s reaction to that event. Rather than grieving together and helping one another heal, the profound loss of their child drives a wedge between Jack and Mabel. The division is one that pushes the pair so far apart that Mabel contemplates suicide. Oddly enough, it’s a child – a very different kind of child – that brings Jack and Mabel back to each other . . . and back to themselves.

On a snowy moonlit night, Jack and Mabel build a child in the snow, Jack sculpting the child’s delicate feature while Mabel wraps a knitted scarf and mittens around the snow child’s neck and over its “hands.” In the morning, the snow child is gone, but there’s a girl in a red scarf and mittens scampering through the woods at the edge of Jack and Mabel’s farm. The days and years that follow are filled with a magic that, over time, heals the heartbreak of their pasts; which makes for a beautiful story. But the story has some ragged and savage edges that snagged my thoughts. Granted, those savage elements are founded – the homesteaders lived a hard and brutal life. They hunted to survive in the long and deadly winters in the literal middle of nowhere, and Eowyn Ivey provides vivid details of those events.

I can’t quite call this book “good” or “bad;” The Snow Child is beyond such basic labels. All considered, the magic and the fairy tale, the savage nature of reality in the 1920s Alaska and the brutal edges, Eowyn Ivey has written a powerful, moving, and memorable novel. 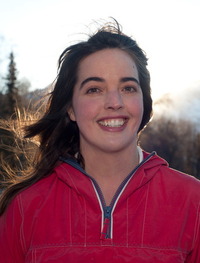 Eowyn LeMay Ivey was raised in Alaska and continues to live there with her husband and two daughters. She received her BA in journalism and minor in creative writing through the honors program at Western Washington University, studied creative nonfiction at the University of Alaska Anchorage graduate program, and worked for nearly 10 years as an award-winning reporter at the Frontiersman newspaper. This is her first novel.