This book had me in stitches from the first chapter through the last! I’m not a parent, but I think it’s fairly safe for me to say that every mom’s worst nightmare would be to wake up and find that she’s completely forgotten the past five years of her life – including her wedding, entire married life, and the conception, pregnancy, and deliveries of three children. That is exactly the premise in Amy Avanzino’s hilarious debut novel, Wake-Up Call.

Groggy, dazed, and suspicious of a hangover, Sarah Winslow wakes up in bed next to a man she thinks she doesn’t know in a home she thinks she’s never been to before. She’s chiding herself for making poor choices, drinking far too much, and going home with a man who wasn’t her boyfriend, Kofi, and trying to quickly and quietly extricate herself from the house before anyone notices. But, when the man wakes up, Sarah sees that it is, in fact, Kofi . . . but a changed Kofi. For a frantic few minutes, confusion reigns. Soon enough, Kofi realizes that his wife may be more than just “shaken up” following a knock on the head she suffered the day before. For Sarah, five years are simply gone. She’s no longer a woman on the professional fast track, she’s living in the suburbs instead of a hip and trendy flat in the city, and there are three children calling her “Mommy,” which is a problem, because Sarah doesn’t even like kids!

I can’t tell you how often I laughed out loud while reading Wake-Up Call. I was constantly trying to explain the scenes, characters, and dialogue to my family members, who met my laughter with blank stares, until I finally simply told everyone I met, knew, or ran into to get and read this book. A true study in character evolution, in addition to healthy doses of wit, humor, honesty, and a sprinkling of romance, make Wake-Up Call a must read book.

Please note that I received a copy of this book for free in exchange for an honest review. All thoughts and opinions are my own. 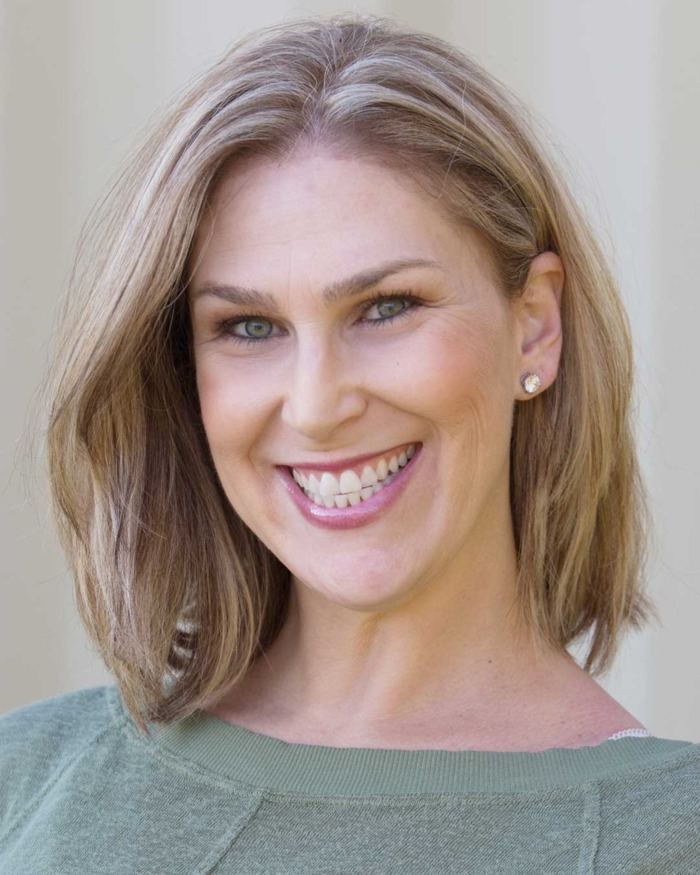 Amy Avanzino received a Bachelor’s degree from UC Berkeley and a Master’s from the University of Washington. She is a former advertising executive, who has spent the last several years writing, while doing extensive hands-on research for her WAKE-UP series. She’s a contributing writer of Hap Scotch, a play performed at the 2008 Frigid Festival in New York, which won two Audience Choice Awards.

Amy currently lives in the stands above the football fields, basketball courts, and baseball diamonds around Folsom, California, with her husband and four children.

About the Book
Sarah Winslow wakes up with a terrible hangover… and a kid in her boyfriend’s bed. She makes the horrifying discovery that, due to a head injury, it’s not a hangover. She’s got memory loss. Overnight, five years have disappeared, and she’s no longer the hard-living, fast-track, ad executive party girl she thinks she is. Now, she’s the unemployed, pudgy, married, stay-at-home-mom of three kids under five, including twins. As she slowly pieces together the mystery of how her dreams and aspirations could have disintegrated so completely in five short years, she finds herself utterly failing to manage this life she can’t imagine choosing. When Sarah meets the man of her dreams, she realizes she’s got to make a choice: Does she follow her bliss and “do-over” her life? Or does the Sarah she’s forgotten hold the answers to how she got here… and how she can stay?