Edie had spent her whole life planning her future, imagining her husband, her kids, and even which minivan she’d drive. Lucky for her, she didn’t have to wait long, marrying her high school sweetheart right after graduation.

All of Edie’s dreams had come true, until they were no longer her dreams. Unable to deal with the lingering depression caused by having children, she left her whole life behind, walking away from the one thing she’d always wanted.

Donovan Leery loved his wife with everything he had and could never imagine life without her. Until he came home from work one day and found a letter from Edie, explaining she needed a break. Not only leaving him to live his life without her, but alone to raise their three small children.

But what happens when Edie is ready to come home? When she’s ready to fight for it all back? She knew it wouldn’t be easy. But she didn’t care. After spending years getting her life back together, she was ready to fight for her family. And a fight is what Donovan would give her.

She’d fight to make up for her Biggest Mistake. 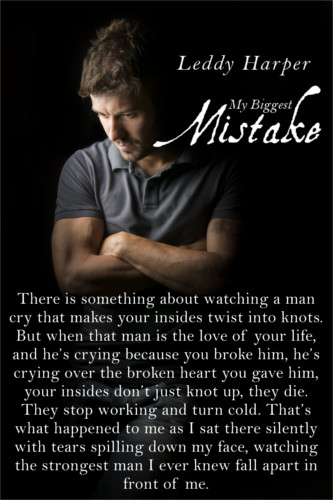 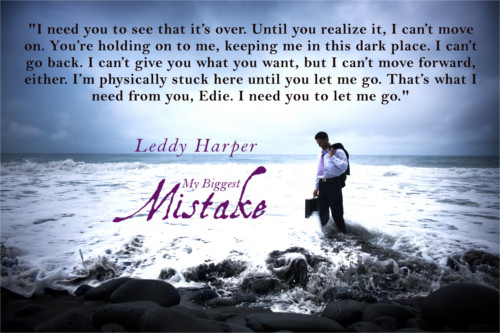 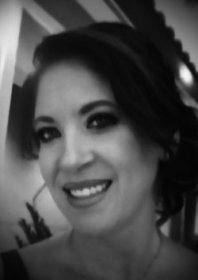 Leddy Harper had to use her imagination often as a child. She grew up the only girl in a house full of boys. At the age of fourteen, she decided to use that imagination and wrote her first book, and never stopped.

She often calls writing her therapy, using it as a way to deal with issues through the eyes of her characters.

She is now a mother of three girls, leaving her husband as the only man in a house full of females.

The decision to publish her first book was made as a way of showing her children to go after whatever it is they want to. Love what you do and do it well. Most importantly Leddy wanted to teach them what it means to overcome their fears. 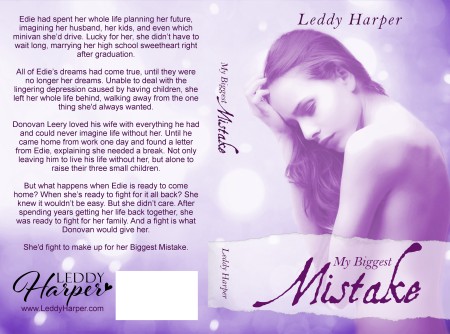 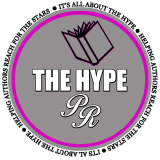