I was pulling into a parking deck on the morning of my Day Job’s annual fundraising gala when I reached the point in Kristin Hannah’s The Nightingale when the present-day narrator is revealed. And I started to cry. The revelation comes at the end of this powerfully moving and heart-wrenching novel and was both something I feared and something I think I knew for some time. Now, a few days after finishing The Nightingale, I can’t escape the imagery, the story, the history, or the emotion of the story. And I hope I never do. 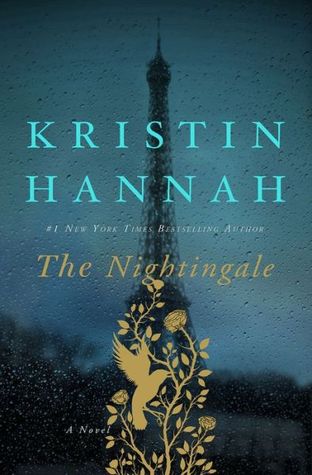 Two sisters see the approach of the second world war with very different opinions and passions. Vianne Mauriac wants to simply do what she is told while she cares for her daughter while her husband, Antoine, is at the Front. Her younger sister Isabelle is passionate and rebellious; ready and willing and wanting to strike and fight back. The Nightingale chronicles both of their journeys: Vianne’s ordeal in occupied territory with Nazi soldiers billeted in her home and Isabelle’s as part of the resistance, crossing the Pyrenees mountains in order to return British, American, and Canadian pilots to the allied war effort.

But there is more than simply a World War II story in The Nightingale. There is family drama – between sisters who suffered loss at young ages and who struggle to find their way to one another; between daughters and their father, whose experience in the Great War changed him irrevocably and cost him the bond between parent and children; between lovers and friends, rebels and patriots. I know this is a work of fiction, but I also know that so many did what they could to aide the Allies in the second world war, and their actions were heroic and admirable – and so dangerous.

Simply put, I loved this book. I’ve read other work by Kristin Hannah, so I knew that the novel would be good. But The Nightingale is more than good. It’s one of my favorite books of the year – truthfully, one of my favorite books, period. The story is dramatic and powerful, a moving piece of historical fiction that I simply cannot say enough good about.

In the quiet village of Carriveau, Vianne Mauriac says goodbye to her husband, Antoine, as he heads for the Front. She doesn’t believe that the Nazis will invade France…but invade they do, in droves of marching soldiers, in caravans of trucks and tanks, in planes that fill the skies and drop bombs upon the innocent. When France is overrun, Vianne is forced to take an enemy into her house, and suddenly her every move is watched; her life and her child’s life is at constant risk. Without food or money or hope, as danger escalates around her, she must make one terrible choice after another.

Vianne’s sister, Isabelle, is a rebellious eighteen-year-old girl, searching for purpose with all the reckless passion of youth. While thousands of Parisians march into the unknown terrors of war, she meets the compelling and mysterious Gäetan, a partisan who believes the French can fight the Nazis from within France, and she falls in love as only the young can…completely. When he betrays her, Isabelle races headlong into danger and joins the Resistance, never looking back or giving a thought to the real–and deadly–consequences.

With courage, grace and powerful insight, bestselling author Kristin Hannah takes her talented pen to the epic panorama of WWII and illuminates an intimate part of history seldom seen: the women’s war. The Nightingale tells the stories of two sisters, separated by years and experience, by ideals, passion and circumstance, each embarking on her own dangerous path toward survival, love, and freedom in German-occupied, war-torn France–a heartbreakingly beautiful novel that celebrates the resilience of the human spirit and the durability of women. It is a novel for everyone, a novel for a lifetime. 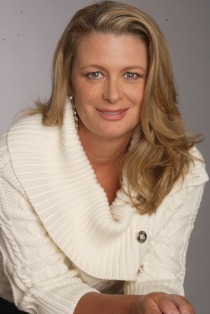 Kristin Hannah is an award-winning and bestselling author of more than 20 novels including Winter Garden, True Colors, and the blockbuster Firefly Lane.

Her novel Home Front has been optioned for film by 1492 Films (produced the Oscar-nominated The Help) with Chris Columbus attached direct.

Kristin’s next release is the highly anticipated The Nightingale, which will be in stores on February 3, 2015.

Kristin was born in September 1960 in Southern California and grew up at the beach, making sand castles and playing in the surf. When she was eight years old, her father drove the family to Western Washington which they called home.

After working in a trendy advertising agency, Kristin decided to go to law school. “But you’re going to be a writer” are the prophetic words she would never forget from her mother. Kristin was in her third-and final-year of law school and her mom was in the hospital, facing the end of her long battle with cancer. Kristin was shocked to discover that her mother believed she would become a writer. For the next few months, they collaborated on a novel.  After her mom’s death, she packed up all those bits and pieces of paper and research they’d collected and put them in a box in the back of her closet. Kristin got married and continued practicing law.

Then Kristin found out she was pregnant and was on bed rest for five months. By the time she’d read every book in the house and started asking her husband for cereal boxes to read, she knew she was a goner. That’s when her husband reminded her of the book she’d started with her mom. Kristin pulled out the boxes of research material, dusted them off and began writing. By the time their son was born, she’d finished a first draft and found an obsession.

The rejections came, of course, and they stung for a while, but each one really just spurred her to try harder, work more. In 1990, Kristin got “the call,” and in that moment, she went from a young mother with a cooler-than-average hobby to a professional writer, and has never looked back. In all the years between then and now, she has never lost her love of, or her enthusiasm for, telling stories. Kristin feels truly blessed to be a wife, a mother, and a writer.  Her novel, Firefly Lane, became a runaway bestseller in 2009, a touchstone novel that brought women together.