We are excited to announce that the young adult novel Poet Anderson…Of Nightmares by Tom DeLonge and Suzanne Young is now available for sale! Welcome to my tour stop, be sure to stop by the tour page for the full schedule.

“Jonas, what’s happening?” Sam asked, her voice shaking. “Who is this?”

Jonas straightened his back, puffing up his chest in an attempt to hide his weakness. “This is REM,” Jonas said. “He took over William’s body.” Just like he took over my mom’s, Jonas thought.

REM gave a curt bow, enjoying every moment of their fear. “Don’t worry, darling,” REM said to Sam. “I’ll be sure to kill you, too. Wouldn’t want our boy holding on to something in the Waking World. First love is like a drug.”

Jonas clenched his fists, ready to fight to the death if he had to. REM wasn’t going to get his hands on Samantha. Jonas would die first.

“Now,” REM continued. “Normally coma patients are the perfect vessels. But Alan here,” he shook his fist at him in mock aggravation, “wouldn’t open his eyes. No matter what I did to him. Awful stuff, too.”

Jonas felt a huge hole tear into his chest, but he forced himself to be brave.

“So I began looking for another suitable host who could get close to you,” REM told him. “Most aren’t strong enough, but William here, he’s special. It’s why Madeline Moss was studying him. Lucky for me, her sleep study left him as easy prey. And honestly, faced with what my Night Stalkers were about to do, he gave himself up willingly. That’s the same choice I’m going to give you, Jonas,” REM said.

REM laughed, his expression twisting William’s face like a grotesque mask. “Oh, come now,” he said. “No need for vulgarity.” REM pulled his hand from his pocket, a syringe held tightly in his fingers. He flipped off the orange cap and it fell onto the sheets of Alan’s bed. Jonas’s terror spiked as he looked between REM and the needle. “What, this?” REM asked, taking a step closer. “Thorazine. It won’t kill you. But we can’t have you waking up on command, can we? The Night Terror likes a captive audience. This will help you stay asleep so you and he can…chat.”

“You forget,” Jonas said, “that you’re in the body of an old man. I can take you.” Jonas considered rushing him and knocking him to the floor to get him and Sam out of there.

“You can certainly try,” REM said. “But I don’t feel pain in this body. I can use these muscles until they tear. You’d be surprised how strong a human being is when the body is used to its maximum potential. You’ll never get past me.”

Jonas didn’t have a choice. Sam was behind him, against the wall, but if Jonas could just push REM back a few feet, Sam could climb over the bed and head for the door.

Before he could talk himself out of it, Jonas jumped forward and swung out his fist, connecting with William’s jaw. There was a loud crack, and both men toppled to the floor, grunting as each tried to gain the advantage. Out of the corner of his eye, Jonas saw Sam scramble over Alan’s unconscious body, hitting the floor hard on the other side.

There was a sharp pain and Jonas yelped. His hands shot to his neck and he felt the syringe sticking out. Almost instantly, the room wavered. Jonas yanked the syringe out of his skin and swung it out wildly, unable to get enough leverage on the floor.

Next to him, William’s face hung at a strange angle, his jaw broken. Blood began to pour from his nose and REM stopped, blinking quickly as if he was losing consciousness, too. REM growled and began clawing at his own face. “No,” he said, his fingernails tearing through the flesh. “It was supposed to last longer.”

Jonas’s vision was blurred and he grabbed onto the bed, trying to pull himself up. His legs felt like bags of sand and the furthest he could get was to his knees, all while clutching the blankets. He looked at William’s body and saw him gasping for air, his host body failing him. Jonas’s eyes slid shut and there was a loud thwack. He forced his eyes open and saw William face down on the floor with Sam standing over him, a fire extinguisher clutched in her hands. Her chest heaved as she turned to Jonas, clearly shocked at what she’d done.

Jonas let go of the blanket and fell to the floor, trying to crawl but not strong enough. He flattened out, pressing his cheek on the cool tile. William’s body was dead near him, a horizontal gash cut through his temple.

“Oh, my God,” Sam said. She slipped her arms under Jonas’s shoulders and dragged him out from the side of the bed into the open space. She got down on her knees, checking him over. Her fingers tickled his neck where he’d been injected. “What can I do?” Sam asked, sounding frantic. “How do I stop this?”

Jonas was fading fast, heading toward the Dream World where his Night Terror would be waiting. He stared up at Sam, the edges of his vision going black and closing in. “Stay awake,” Jonas whispered. “Don’t go into the dreamscape. Promise me.”

Before he could hear her answer, black dots blotted out the rest of his sight. He was falling into the dreamscape and in his last second of consciousness, Jonas thought of Jarabec. He needed to find his Dream Walker.

From the critically acclaimed transmedia project Poet Anderson: The Dream Walker, comes one of the most anticipated collaborations in YA literature this year: a thrilling, edge of your seat story written by award-winning musician, producer and director Tom DeLonge and New York Times bestselling author Suzanne Young.

Poet Anderson…Of Nightmares follows the epic journey of two orphan brothers, Jonas and Alan, who are Lucid Dreamers. After a tragic car accident lands Alan in a coma, Jonas sets out into the Dream World in an attempt to find his brother and wake him up. What he discovers instead is an entire shared consciousness where fear comes to life as a snarling beast called a Night Terror, and a creature named REM is bent on destruction and misery, devouring the souls of the strongest dreamers to get closer to the Waking World. With the help of a Dream Walker—a guardian of the dreamscape, Jonas must face his fears, save his brother, and become who he was always meant to be: Poet Anderson. 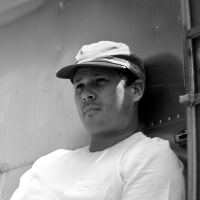 Tom DeLonge is an award-winning American musician, producer and director best known as the lead vocalist, guitarist and songwriter for the platinum selling rock bands Blink-182 and Angels & Airwaves. His home is San Diego, where he focuses on creating entertainment properties that bridge music, narrative and film through his multimedia company To The Stars. For the full experience of Tom’s work, visit www.tothestars.media.
Facebook | Twitter @TomDeLonge | Instagram @TomDeLonge 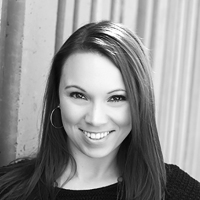 Suzanne Young is the New York Times bestselling author of The Program series. Originally from Utica, New York, Suzanne moved to Arizona to pursue her dream of not freezing to death. She is a novelist and an English teacher, but not always in that order. Suzanne is the author of THE PROGRAM, THE TREATMENT, THE REMEDY, and HOTEL RUBY.
Blog | Twitter @suzanne_young | Instagram @authorsuzanneyoung
GIVEAWAY:

Poet Anderson Complete Music and Book Gift Box
Open Worldwide
Ends December 23, 2015
Prizing is provided by the publisher, hosts are not responsible. Must be 13 or older to enter and have parental permission if under 17. Void where prohibited by law. No purchase necessary to win.